Have you ever been in a situation where you cannot trust anyone, including yourself?
You cannot even trust your own thoughts about it.
It could be a traumatic event which caused your mental state to suffer and trigger something like PTSD, ...
... or when you need to escape from an abusive environment where you are consistently gaslighted that your sense of reality seems distorted.
I'd like to invite you to explore that with me using one of the best K-dramas of 2021 called The Veil, starring, Namgoong Min. 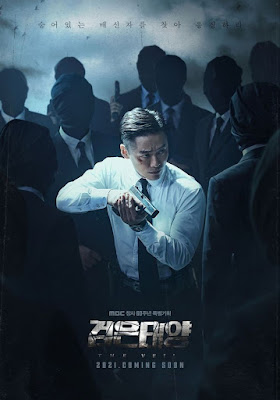 He plays Han Ji-hyuk, a star NIS agent with extraordinary goal-oriented mindset and impeccable fighting skills.
This makes him capable of taking extreme measures to complete his mission, returns after dissappearing for one year.
Because of his memory loss due to a drug injected into his body prior to his disappearance, he now has to regard everyone as an enemy and depend solely on his own instincts in figuring out what truly happened during their mission in China.
Here are the lessons you can learn from an ex-spy like Han Ji-hyuk (watch out for spoilers!):

#1 Put on a smoke screen

When Han Ji-hyuk returns to work, his mind only focuses on his mission that he never bothers to greet the seniors at his new workplace.
Even as he is assigned with a junior partner, Yoo Je-yi, she is the one chasing him around like a puppy, trying so hard to have a conversation with him. 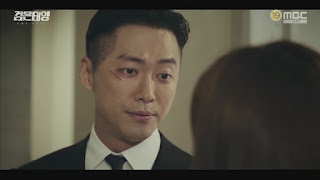 Han Ji-hyuk has a habit of displaying a poker face — a blank canvas which is the best smoke screen in any situation.
This is especially useful when you are in a new environment, surrounded with people you do not really know let alone trust.
At the same time, like Han Ji-hyuk, say less than necessary.
Talking too much is a sign of insecurity, and can potentially give out weaknesses that you may have for others to take advantage of.
Let them be the ones to speak instead, and reveal more about themselves and slip up important information that they should have kept a secret.
Even as people speak to you, do not respond if your silence can serve as an answer.
Additionally, no matter how shocking some information that they share with you is, do not even show any reaction.
Or like Han Ji-hyuk, react with slight micro-expressions.
If you must, you can reply with selective honesty — answer questions truthfully but without the key information that would jeopardise your mission.
This is so that they will not know your intention and cannot decipher your actions, hence, are unable to predict your next moves.
Forget about worrying if your silence and lack of emotion offend them.
You are on temporary survival / defensive mode. This is not the time to care if people like you.
Related article: Applying your masculine energy as a feminine woman at work

Han Ji-hyuk chosed an unconventional method to find the traitor in the organization he is working for.
This was to prevent prejudice from clouding his judgement, which may hinder the process of finding that traitor.
His journey starts when he discovers a video that he had filmed prior to his memory loss, in which the past Han Ji-hyuk asked his present-day self to find the piece of the puzzle and solve it. 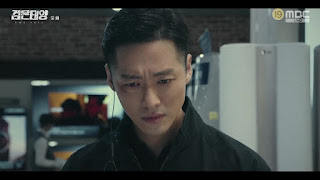 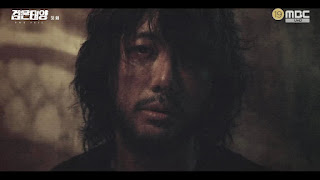 In the video, his past self also said that to doubt is to survive, and that to be suspicious of every move, word, and breath from everyone that approaches him in the future.
Like Han Ji-hyuk, you can only solve your problem and get out from a bad situation when your mind is clear.
According to author Robert Greene, presence of mind is a kind of counter-balance to mental weakness, to our tendency to get emotional and lose perspective in the heat of battle.
However, do not let fear make you unnecessarily cautious.
You should only be careful during your planning and preparations. Once the battle starts, you should leave no room for doubt.
However, during war, it is easy to get overwhelmed dealing with people and their cunning.
You can maintain your presence of mind by detaching yourself from the situation, as if you are a third person observing from afar.
Of course, you can do that only after mastering the details of the situation and you have made careful preparations.

#3 Start with your emotions

"To be mad at anything that happens is to remove yourself from the world as it is. " — Marcus Aurelius 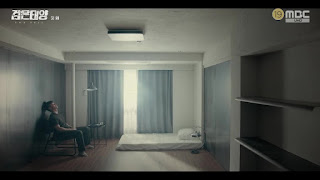 When you are in a situation where you cannot trust anyone or even rely on how you remember things, you can start with your emotions — how you feel about it.
This is because the emotions are still there, and they operate differently than your mind.
According to the psychiatrist treating Han Ji-hyuk, the facts stored in our brain is a combination of memories and emotions.
Even if your memory is completely loss like Han Ji-hyuk, you can still remember the emotions.
Anger sadness vengeance are still there. But you have no idea where the emotions are coming from.
This is because the power of emotions is stronger than memories.
Because of that, just like how the psychiatrist reminds Han Ji-hyuk at the end of the session, you should keep your mind clear so your memories won't be swept by emotions.
Related article: Do people drive you crazy? Find out why

#4 Always make the other person think they are using you

The motto that Chief Kang, Han Ji-hyuk's recruiter into the NIS, had taught him during his training days:

"Always make the other person think they are using you."

This is because truth is that the person in command of the situation is you.
Han Ji-hyuk purposely schemes for Huayang gang to capture him (with an exit plan, of course) because he wants to let them feel as if they have the upper hand.
This is so that the leader of the gang, Hwang Mo-sool, would voluntarily share the intelligence with Han Ji-hyuk. 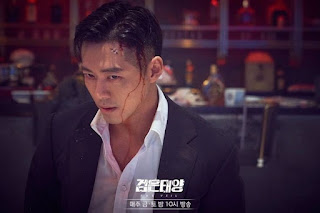 Hwang Mo-sool had executed his right hand man a few days before. Therefore, Han Ji-hyuk assumes that the lunatic drug lord loves displaying power, so Han Ji-hyuk uses that against him.
Han Ji-hyuk plots this during his brief 'sick leave', making Deputy Commissioner Do (his top superior in Foreign Intelligence Bureau) thinks that she is using him for Intel sans the responsibility. 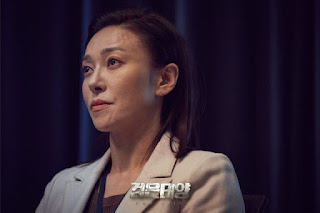 The truth is, Han Ji-hyuk pursues the case while being officially off-duty so that no one would stop or interfere with his personal mission.
Like Han Ji-hyuk, you can definitely apply this tactic if you are dealing with someone with inflated ego.
However, you must careful to not assume that everyone will react to your action the same way.
People with a touchy pride are dangerous.
This is especially true for narcissists, particularly the ones who assume leadership positions.
While they are ambitious and energetic, they have deep insecurities.
Author Robert Greene says that any perceived slight may lead to vengeance and overwhelming violence.
The best way is to just flee. Whatever results that you are hoping from such people are totally not worth it.

Han Ji-hyuk attempts to save the son of a deceased NIS agent, Choi Il Lak, who hacks into the system, which, in turn, messes up the operation to catch him.
Seo Su-yeon, the chief in charge who is Han Ji-hyuk's ex colleague, questions whether his motives is due to the guilt for what happened to Choi Il Lak or not.
With a blank expression, Han Ji-hyuk reverts the question back to her — why she is so keen to catch a kid. 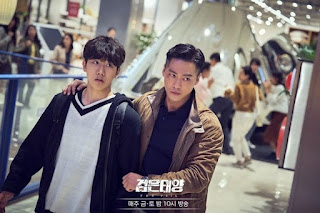 This is an important skill that you can learn from Han Ji-hyuk. When cornered with a deadly question, reply by mirrorring it back to them.
This especially works when they ask you the reason you do something. You respond by asking why they do what they are currently doing.
A similar situation happens when Chief Ha, Han Ji-hyuk's immediate superior, asks if saving the kid (referring to Choi Il Lak's hacker son) has anything to do with the past (referring to their operation in Syria four years ago, in which Chief Ha secretly stole money from their budget).
Instead of answering, Han Ji-hyuk responds by asking if Chief Ha is summoning him to find out if it is indeed related to the past.
Even so, you must select your questions carefully.
When Han Ji-hyuk suspects Seo Su-yeon as the traitor, he almost confronts her until he sees the caller ID of Commissioner Lee from Domestic Intelligence Bureau on her phone while they are talking at the hallway. 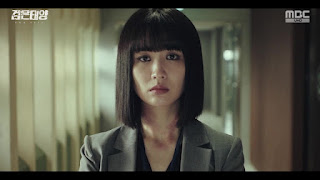 Only from that, he finds out the person who has been giving her the orders, so he doesn't actually need to ask her anything.
Like Han Ji-hyuk, before you ask anyone anything, make sure that the information you seek is not already in your surroundings.
__________
Before you scroll down for Part 2, enjoy The Veil OST:
Before I sign off, in what way can the strategies help you in your situation?
Is it possible?
Or do you have any other ideas?
Aleda
Read more: How to deal with a narcissist or people who abuse power (Part 2 of 2)
Labels: abuse power independent woman quote korean drama netflix narcissist gaslighting narcissist how to deal Personal Power popular kdrama what k drama to watch woman in the workplace