BEING A FEMININE WOMAN: HOW TO BE INDEPENDENT AND POPULAR AT THE WORKPLACE

Are you a feminine woman that people sometimes treat as a doormat at work or in your relationships with people?
Here are ways on how you can not just survive but thrive... 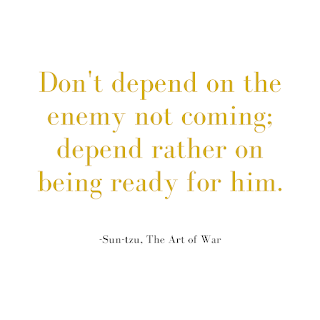 I would like invite you to explore The Devil Judge, a 2021 K-drama (Korean drama) sets in imaginary dystopian Korea, with Kang Yo Han appointed as the Chief Judge.
Kang Yo Han turns the court sessions he is in charge of into some sort of a reality show, in which the public are welcomed to participate.
From it, despite his aloneness, he attains power by gaining popularity.
Below are a few lessons and wisdom you can learn from Judge Kang Yo Han so that you are free from being dependent and at the mercy of others:
__________

#1: Master the art of cultivating compelling spectacles around your image

This is one of the things that make Judge Kang appear larger than life, which contribute to his aura as an influential public figure.
Not only the designs of the court room and robes that the judges wear are perfect, he also ensures that important facts and emotions are shown through the visuals, not just merely stated with words.
With perfect lighting.
You can also apply this law into your daily life by first paying attention to your wardrobe.
Always choose what to wear according to the role you are playing at work.
For example, if you assume a leadership position, make sure that you truly look the part.
What you wear should be perfectly sharp and tailored.
Even on a tight budget, you must allocate some money to buy your power pair of shoes.
The devil is in the details.
You do not have to be branded to look good.
Just know your body really well and clothe yourself based on that.
It is as though you study yourself like a third person examining a work of art.
As for your work, remember that visuals are more powerful than lengthy explanations.
No matter what your profession is, apply this rule to your reports and presentations, as much as you can.
Graphics may take some time to prepare, but you will surely nail the final products without having explain much.
As an addition, if you channel the theatrics of Julius Caesar, adding the right emotion would make your presentations appear even more impactful. 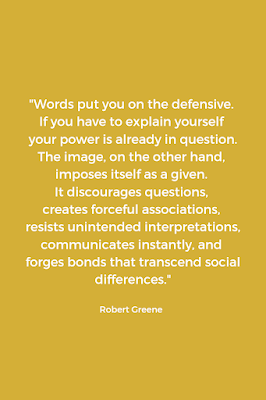 #2: Embrace your dark sides and the duality of your personality (masculine and feminine traits)

Kang Yo Han also emits an air of unpredictability, which makes him both intriguing and terrifying.
Apart from being a man of a few carefully curated words and face expressions, to reach his goals, he has impressive skills and commits to bizarre after-work activities, which cause him to occasionally turn up at unexpected places and situations.
You do not have to learn how to operate a gun or drift your car to solve cases like him, but you must not limit yourself only to skills that relate to your career.
No matter what your industry is,  equipping yourself with skills related to sales and marketing will definitely help you in your career.
At the same time, it is also more than okay to learn something totally unrelated, like how to play a music instrument or speak a foreign language.
This is because whatever skills and knowledge that you acquire will expand your mind and inspire yourself in a lot of ways.
Sadly there are too many people out there who worry too much about what others may think.
Because of that, they repress themselves by trying to fit into the moulds that the society has decided for them.
With child-like curiosity, allow yourself to express your personality genuinely.
If you are mostly a feminine woman, getting trained in martial arts or in male-dominated sports could provide an edge to your overall personality.
On the other hand, if you are more like a tomboy, try to do something feminine or nurturing — play dress up, bake a cake, adopt a pet — once in a while.
Exploring the depth of your personality is how you stand out from the rest.
When at work, you do not be afraid to show some of your emotions at times.
However, you are strategic about it so that it can deepen the impact of your leadership in the team.
Otherwise, this could backfire and hurt your image and reputation instead. So, tread with caution on this.

Kang Yo Han is a master of powerful warfare tactics and strategies.
While he fights a personal war, he turns it into a crusade by making people who share similar sentiments as allies.
Otherwise, he devises campaigns where those critical to his goals would view the situations as he does.
You can definitely apply some of these strategies at work.
First, observe the strongest motivators behind the hard works of all your team members (their big why).
Then, you strategize in such a way that their unspoken dreams and desires that they are also parts of your end goals.
In other words, you do not use these people for your personal gain, but you turn each project into a win-win for everyone in your team.
Many employers overlook this and treat their workers like slaves. All they care about is profit.
What they do not realize that it is one of the most effective ways to secure the loyalty of their employees.
When you apply this, you save time from having to keep training new members when the existing ones lose hope in your leadership and quit their jobs.
Related article: How to deal with your daily problems

#4: Tackle your problems head on, but always have Plan B and C

Whenever Kang Yo Han embarks on the offensive towards his enemies, it appears as a full frontal attack.
Then, when the enemies respond confidently assuming they have successfully outsmarted him, it turns out that he saves his best strategy for last.
He attacks his opponents where it hurts the most while denying them any targets in return.
When at work, do not act timidly.
You can only take bold actions when you are fully prepared.
Your confidence will be the evidence of all the preparations you have made, along with a few alternative plans.
Before that, allow yourself some time in private to work on the details.
However, there are times where you are required to act fast.
To make the right decisions, train yourself to be a realist, seeing situations as they are, not through the lens of fear or raw emotions.
You do this by collecting as much information as possible so that you understand the whole picture before deciding the right moves to take.

#5: Your reputation is your priority

When cornered, Kang Yo Han does not hesitate to also apply unconventional (dirty) war tactics, like interlacing truths with lies, both to confuse the enemies and to win public favour.
At the same time, he also aims to always occupy the moral high ground by making his causes to appear as holier than those of the opposition.
It is because, as long as his actions seem to align with public opinion, he is somewhat untouchable.
You do not have to resort to lies and deceit to climb the corporate ladder.
What no one tells you is that everything in life is a matter of perception.
When making negotiations with clients or selling products to customers, you present the information based on what they want to see.
If your team's reputation is attacked by the competitions, avoid the impulse to react.
Take some time to recoup, then play on your strengths.
The end goal is to sustain the trust and loyalty of your clients, not to destroy the enemy.
__________
What makes Judge Kang Yo Han a masterful strategist is due to his clarity in identifying his enemies from the get-go.
Once he declares war, despite being unable to face his own inner demons, he stays alert by removing distractions, as well as remaining fluid in his plans of actions.
However, most of all, Kang Yo Han applies the Death Ground Strategy where he never allows himself to find comfort in anything or anyone, even for a minute, by not lying down his 'weapon' until he wins the war.
As a woman, you are also susceptible to challenges and enemies around you.
This is especially true when you are at the workplace, or even in your personal relationships with people.
Most people do not express their hatred or even envy openly towards you.
In other words, you do not know who your enemies are most of the time.
Heck, you may even come across narcissists, especially the ones in leadership positions.
Some people can definitely drive you crazy.
You cannot avoid such situations, but you can control how you navigate through daily struggles as a masterful strategist, like Judge Kang.
To not just survive but thrive in the environment you are in, start with your mind.
Firstly, you must do a thorough analysis on yourself to identify your own weaknesses.
Then, you declare war with your demons.
This means that you will either eliminate your weaknesses entirely, or you partner up with someone who complements you.
It helps to drop all the baggage of your past or the worries about the future.
Live with presence of mind.
Strategists act both in the masculine and feminine energies.
Careful plannings and preparations are masculine, as they involve the analytical mind.
However, once you are in battle, being able to be fluid in the execution is feminine.
Do not be the average women out there, who reacts emotionally to life's challenges at the excuse of being feminine and laid back.
The duality in your personality ( knowing how to balance out masculine vs feminine traits) is what makes you stand out (refer #2).
__________
Now, enjoy The Devil Judge OST:

Before I sign off, would you apply any of the strategies above? Or do you think it's only for power-hungry people?
Aleda
Read more: Tired of being invisible? Here's how to shine at the workplace
Labels: best quote about war Fulfilling My Life's Task how to be famous in Instagram how to be famous YouTuber Personal Power popular kdrama what k drama to watch woman in the workplace woman work