Roxanne from California asked me:

“Aleda, I have been meaning to ask what it really means to be feminine and strong?”

First of all, what is exactly a feminine woman?

If you ask me this question two years ago, I would have definitely answered that a feminine woman is the kind of woman who wears high heels and tons of makeup.
The one with long flowy hair and does all the girly stuff.

Little that I knew that being feminine isn’t so much about how a woman looks, but, rather, it lies in her energy.

Yes. The balance between the masculine vs feminine (all men and women have both energies).
Related article: Relationship with a feminine energy man? What you can do
I used to dress like a boy since I was 11. I really hated being a girl.
Three years later, I was surprised when friends still told me that I was a very ‘soft’ tomboy.

Only now I understand that being feminine is already in my core. It has been my dominant energy from the start.
I have always vibrated feminine energy, unknowingly.

What is actually the meaning of a woman with feminine energy?

It lies in the how a woman carries herself.

She does not initiate, but she lovingly welcomes nice gestures.

How to become a strong feminine woman? It is an art, but here are a few tips:

She is full of love, yet, she isn’t a doormat. She is the kind of woman to fill her cup first before her love could overflow to others.
In other words, she makes sure that all her needs are well taken care of first before she could allow herself to nurture others.
Related article: Traits of a feminine woman

There is power in silence. Her voice is valuable.
She does not waste her energy onnagging, complaining or talking about nonsense.
Her strength lies in her actions.
She believes in the concept of luring with honey, where compliments and appreciations are used for all good action and behaviour to encourage more of them.
For example, when she loves something that her man does for her, she makes sure that he knows how she appreciates his efforts.
She does this by thanking him and making him feel like a hero (without over doing it, of course).
This will make him want to do more for her.
On the other hand, when she dislikes some of his actions or behavior, she withdraws. In this case,

"Actions are stronger than words" - Unknown

Other than being mysteriously sexy, a woman who listens more with the intention to understand the other person instead of waiting to respond, gains more knowledge and information.
And the person who has the most information is the deadliest and the most feared in the room.
Related article: How a feminine woman manifests her dream career

A woman who speaks softly despite the noise around her is a quietly confident woman.
Others have to lean forward just to hear her. That is powerful and sexy, in a way.
On the contrary, a woman who has to raise her voice (or even worse, has to yell), just to get her message across, has already lost her power.
A strong feminine woman would never yell to anyone.

A strong feminine woman is the most patient.
She knows that anger is also one of many other human emotions.
However, what makes her different from other women is that she takes time to process her feelings.
She is able to face difficult situations calmly, without reacting, especially negatively.
She only speaks or acts once her anger subsides.
This is how a woman makes herself strong emotionally.

Related article: Married Life. How to deal with anxiety and stress in a relationship

A strong feminine woman is able to detach herself from unpleasant situations, without any drama.
She doesn’t need to use words but, rather, her silence to show her disapproval of inappropriate behaviour of others.
If she is too overwhelmed by certain situations, she chooses to take care of herself unapologetically.
She is well aware that, in order to be able to care for others around her, she needs to make sure that she takes care of herself first.

When she always appears calm despite all her emotions, she embodies the ultimate character of a strong feminine woman.
This does not mean that she is a hypocrite.
Related article: How to start fresh as a feminine woman
She decides that her emotions are hers alone and she takes responsibility in handling them herself behind closed doors.
She does not need to parade her sadness or other negative emotions in front of other people.
She does share her feelings with closed ones every now and then; however, she does not dramatize her situations.

Darling, our chosen words are a reflection of who we are. We can certainly get our points across with kind words. And, oh, spams are not sexy... 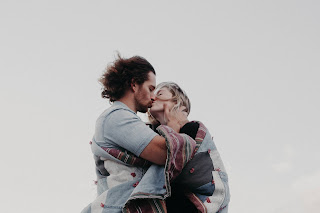